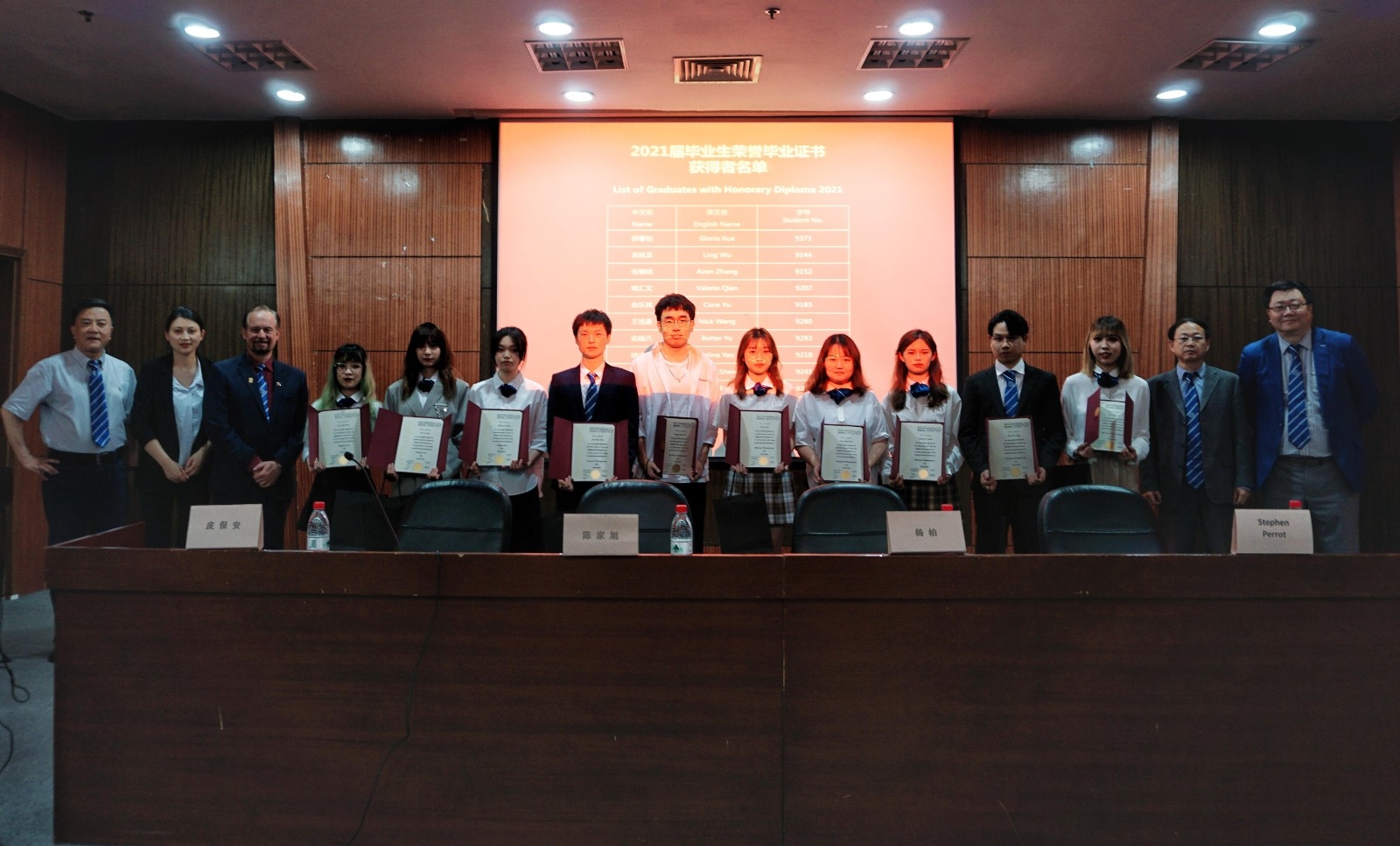 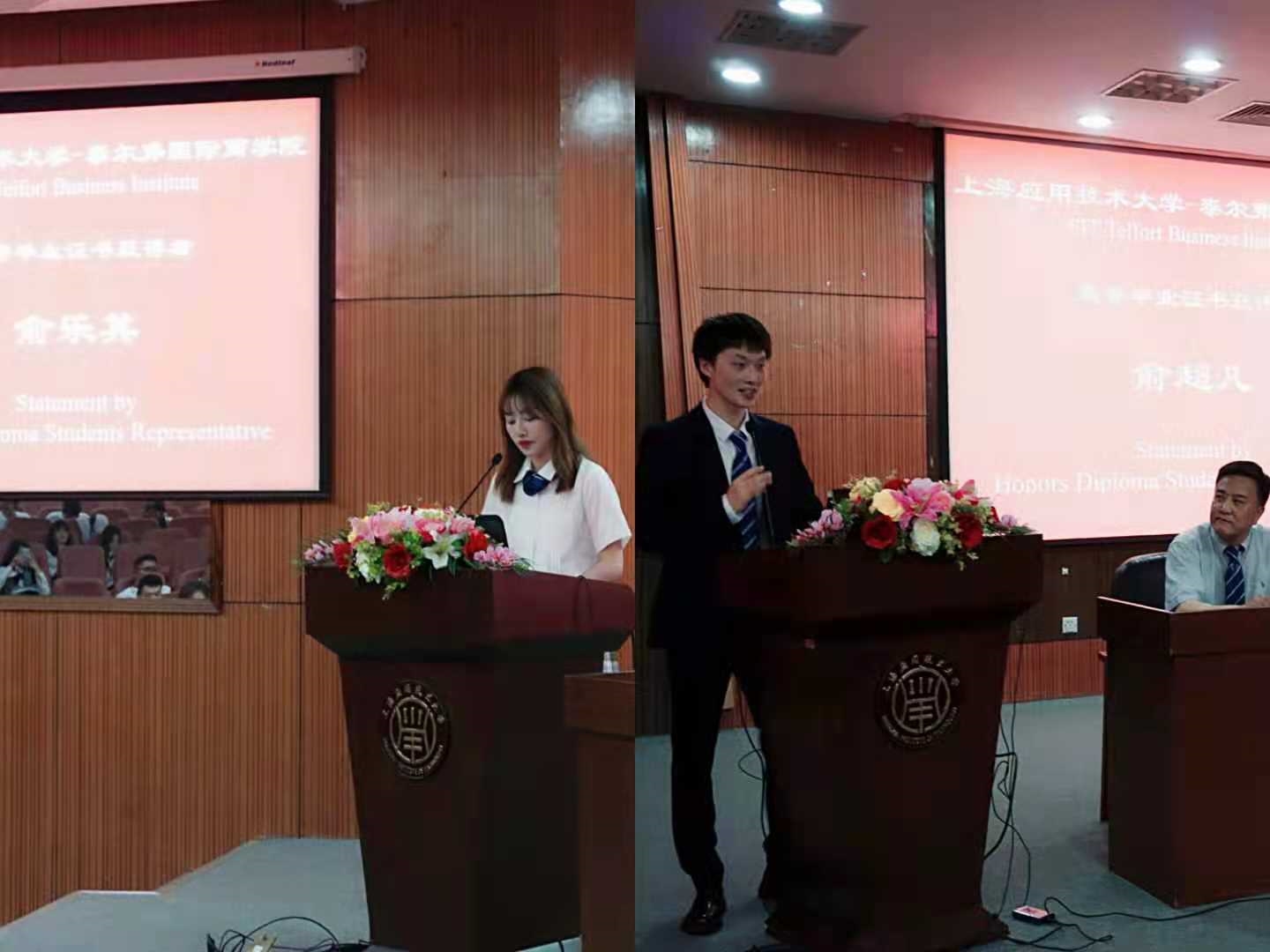 Stephen Perrot, Education Director of Telfort, gave a wonderful speech on the topic of "Beginnings and Endings, Persistence and Achievement". He believes that life is a journey, and learning never ends. There are lots of things more important out of classroom that we should experience and learn. He quoted Edison's famous saying "I did not fail, at least I found 10,000 unworkable methods" to encourage the students present, “If you want to make achievements, you must be good at learning, not afraid of failures, and have the courage to try”. 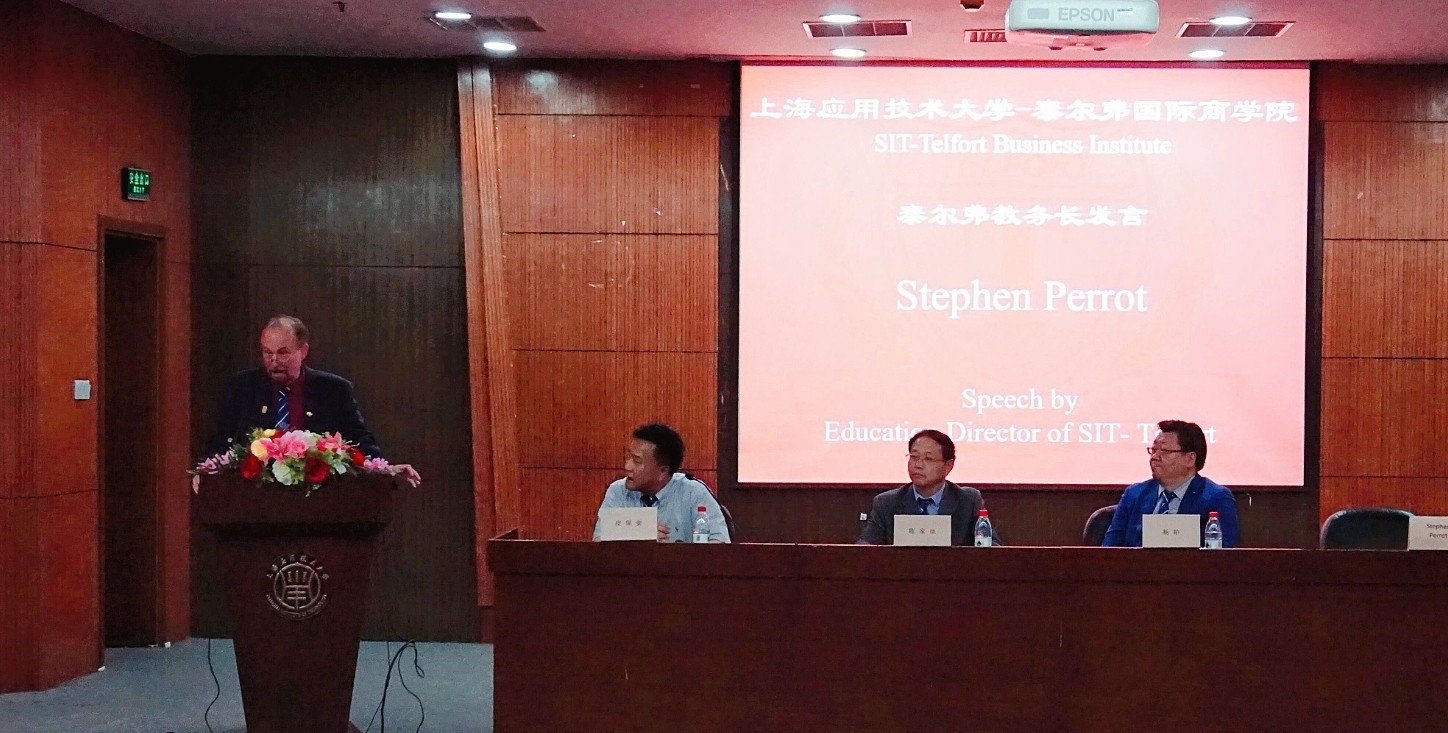 Stephen Perrot, Education Director of Telfort,spoke on the ceremony.

Yang Bai, chairman of Telfort Education Group, expressed sincere congratulations to all graduates of 2021. Mr. Yang shared his own experiences in college and later in his career, with a conclusion “Attitude is everything”. He explained, “It is normal to encounter difficulties in study and life. However, if you face challenges with a positive attitude, there is always hope for dawn.” Mr. Yang suggested the graduates improve their national and cultural self-confidence while enjoying high-quality international education, expand their horizons and become a person of foresight. 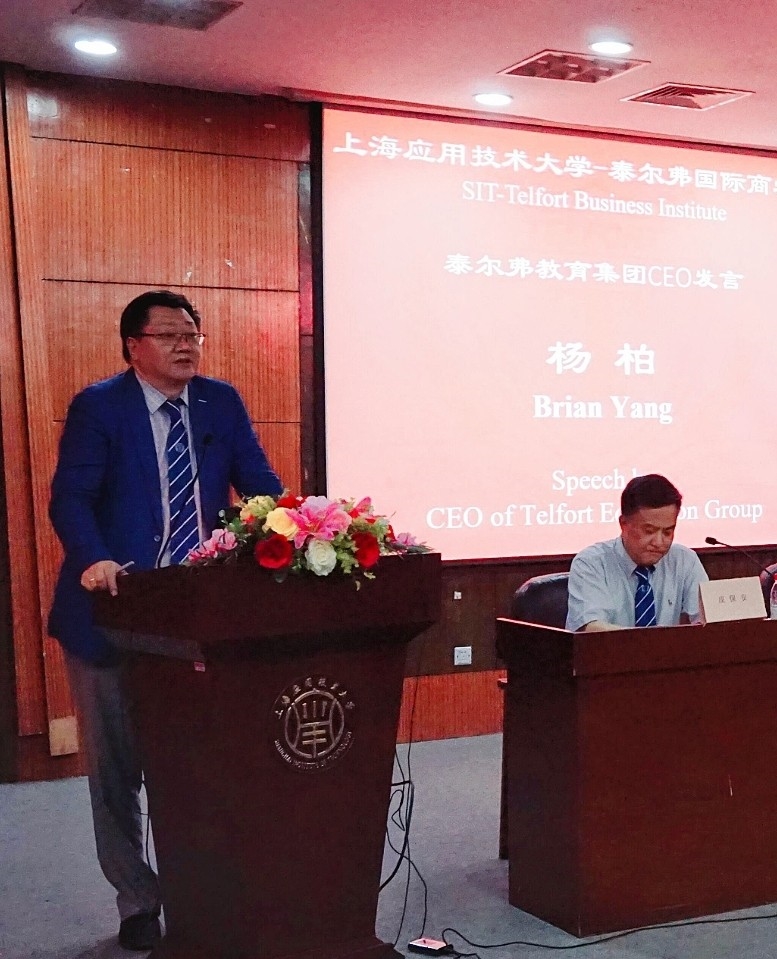 Brian Yang, CEO of Telfort International Education Group,delivered a speech on the ceremony.

Chen Jiaxu, President of Telfort Business Institute, gave a speech on behalf of the school, expressed his sincere gratitude to Chinese and foreign teachers and parents of graduates, and delivered his best wishes to all 2021 graduates. Mr. Chen praised the graduates for their academic achievements and encouraged them to continue to work hard in their future studies and work, use what they have learned to repay the society and create a new world of their own. Mr. Chen also introduced the philosophy "the triple realm of life" to the students, which gives the idea that people could give others more understanding and tolerance through a deep understanding of themselves and their limitations, and therefore become more mature and rational social people. At the end of his speech he wished the graduates a bright future and success! 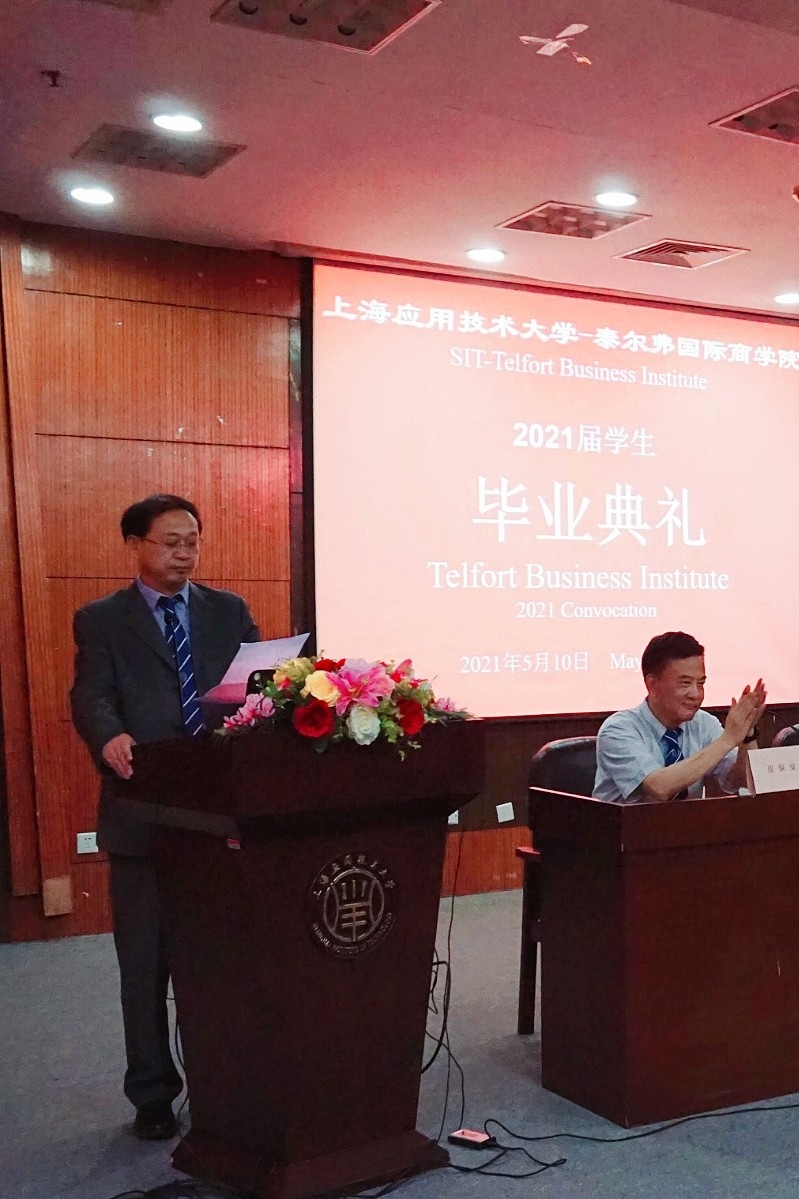 Chen Jiaxu, President of Telfort Business Institute,delivered a speech on the ceremony.

The wonderful speeches of the graduates and school leaders won warm applause from the audience.

After the graduation ceremony, all the graduates took a group photo with school leaders and teachers.