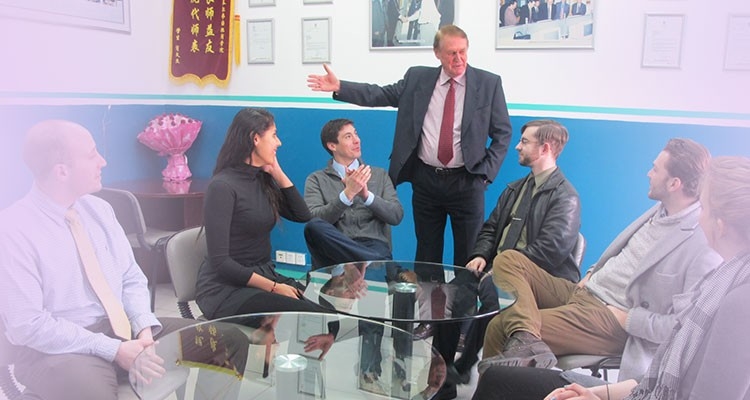 1.What are the common contradictions among college students?

People live in contradictions, and there are contradictions that can cause friction and disputes. In general, disputes among college students are common, and it involves all areas of student life. Different classifications can be made from different angles.

(4) The nature of disputes can be divided into: security disputes, civil disputes, and administrative disputes.

In special circumstances, economic disputes may also occur between students.

2.What are the common forms of disputes?

There are two main forms of common disputes among students: one is quarreling, attacking each other, and swearing; the other is fighting and fighting, the quarrel is constantly escalating, and the development becomes the last big fight for you. These two forms are closely related and start with a quarrel, often resulting in an injury accident.

3.What are the adverse effects of student disputes?

(1) Damage to the overall image of college students;

(2) affecting the internal security of the school;

(3) Forming criminal and public security cases and ruining their own future.

4.How to prevent disputes from happening?

When you anticipate a possible dispute, you are expected to do your best to:

(1) Calm and restrained. No matter which party is caused by the dispute, we must keep calm and never be emotional. This requires us to talk about generosity and ignorance. Only "big belly content" can "establish a heel to be a person."

(2) Being honest and modest, and being kind to others. In dealing with classmates or others, honesty and modesty are the basis for strengthening unity and enhancing friendship, and also a panacea for eliminating disputes. With the spirit of honesty and modesty, in the event of a dispute, you can listen to the opinions of others, conduct serious self-criticism, and tolerate the fault of others, in order to deal with each other's disputes.

(3) Respect each other and pay attention to the beauty of the language. Most of the disputes among students are caused by the squawk, and the occurrence of the squabble is the inevitable result of bad words. As the saying goes: "The disease comes from the mouth, and the disaster comes out." To be beautiful in language, first, to be sympathetic, to convince people, not to be arrogant, not to hurt others; second, to speak elegantly, not to speak swear words and swear words; third, to be modest, respect each other, mutual understanding, Seeking common ground while reserving differences.

5.Which places are prone to disputes?

(1) Living places such as student apartments and canteens;

(2) Learning places such as classrooms and libraries;

(3) Sports venues such as football fields and basketball courts;

(4) Cultural and entertainment venues such as chess and card rooms and karaoke bars.

6. What are the main reasons for the dispute?

(1) Disputes are prone to disputes;

(3) Suspicion is prone to disputes;

(4) Deaf people are prone to disputes;

(5) It is easy for others to have disputes.

6.What should I do if I see other students fighting?

If you encounter someone else fighting, please don't add fuel to prevent the situation from expanding, and hope that you can:

(2) Try to persuade, but you should ask the situation and stand on the side of justice to do the work of both parties; if one is your classmate or acquaintance, you should also preside over justice when you are persuading, and you should not be partial.

(3) If the persuasion is invalid, the school security department should be promptly reported to prevent the situation from expanding.

(4) If it is a group fight or a hand-held stick, stick, knife and other tools involving personal safety, you should promptly dial "110" .

7.How to prevent being cheated when work-study or employment?

(1) As far as possible, through the two-way choice of the relevant departments of the school or the talent market, college students supply and demand meeting, this is the main channel, do not rashly find the way.

(2) Don't easily believe the preferential conditions offered by the other party. If you have any questions, you can learn more about it. For example, through school organization, relatives and friends, if you have the conditions, you can also visit the door and visit the site.

(4) In case of trouble, immediately report to the school student management department, the security department, the local public security organ, and pay attention to retain evidence, provide relevant clues, and assist in the investigation.

8.How to prevent social sexual assault?

(1) Don't easily trust your new friends, and do not follow the newly-recognized people to strange places.

(2) Control your feelings, do not show frivolous behavior in the normal social interaction function.

(3)Do not drink too much, do not accept valuable gifts.

(4) Control the environment of the appointment, clearly indicate your attitude if the other party has an excessive move;

(5) In the event of such a case, do not be limited to guilt and self-blame. The evidence should be preserved and exposed, and crimes should be cracked down according to law to avoid repeating the tragedy.

10. How to prevent being attacked by the “network”?

(1) Do not arbitrarily access some unknown or illegal networks, and do not download the information of these websites at will, in order to prevent the leakage of your personal information for others.

(2) Be wary of the warm invitation of "passionate netizens" and try to reject them so as not to be fooled. In particular, you can't meet with the opposite sex netizen alone.

(3) Enhance the ability of self-control and recognition, the Internet should be appropriate, do not be overly obsessed, and recognize the essence of all kinds of information, do not follow the trend.